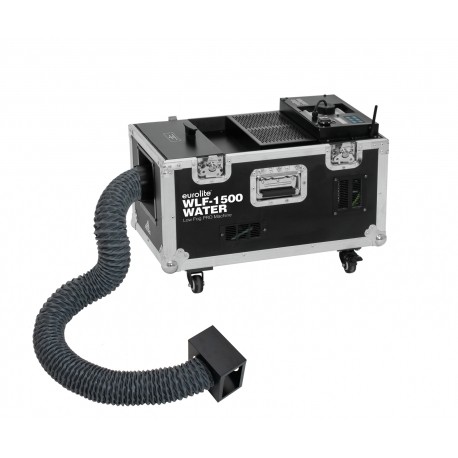 Low fog, easier than ever

Low fog is used everywhere: at weddings as well as in television studios, theatres, musical and show stages. Until now, the use of low fog machines used to be complicated or even risky because dry ice was used. With the WLF-1500 from Eurolite, these concerns are a thing of the past: The machine works with water.

Thanks to the built-in ultrasonic technology, dry ice or ice is no longer necessary for operation. The water is atomized by ultrasound and mixed with the fog generated from conventional fluid. This makes the fog cooler and heavier - it stays on the ground.